Summary of the Presentation on….

BREXIT AND THE EU

Colonel Ralf Vargas provided an overview of the number of institutions that have been created to further European Unity.  The first of these institutions was the European Coal and Steel Unity, formed in 1952 as “a first step in the federation of Europe”.  In 1957, six nations signed the Treaty of Rome which created the European Economic Community (EEC) and established a customs union.  As shown in the charts below, the European Union and associated entities began to expand to include countries such as Denmark and Ireland.  Norway had negotiated to join at that time, but Norwegian voters rejected that membership and that country has never been formally part of the EU.  In the 1980’s, Portugal, Spain and Greece came on board as part of the Schengen Agreement, which was key in that it created open borders without passport controls between most member states.  Finally, in the 1990’s, after the fall of the Soviet Union, many former “East Bloc” countries came in to the Union.

An important step was achieved in 1993 with the signing of the Maastricht Treaty which gave birth to a common monetary unit, the Euro (although not formally adopted until 2002).  That replaced 12 national currencies.  Finally, in 2009, the Lisbon Treaty reformed many aspects of the EU and merged the communities’ “three pillars” into a single legal entity.  Vargas then noted the varying memberships in different European oriented agreements, in particular how NATO membership (which includes the U.S. and Canada) differs from the EU.

Vargas noted that British Prime Minister David Cameron made a “critical and unfortunate decision” in February to hold a vote on whether the United Kingdom should stay or leave the European Union.  Cameron was shocked by the change of opinion toward “leave” and the results of the July referendum favored exiting over remaining by 52% to 48%.  He noted that the actual exit of Britain will be negotiated over the next two years, and he suggested that there may be a rethinking on the part of British voters on that question.

Jerry O’Driscoll took a somewhat different position than Vargas, stressing that the fallout from the UK exit from the EU will not be as financially destabilizing as many thought.  He also felt that the UK decision to leave was fairly well set in concrete and not likely to change.

O’Driscoll noted that financial markets dislike uncertainty, and the vote to Exit was unexpected by most market participants– indeed, many had placed financial bets that British voters would vote to “remain”.  It was not surprising, then, that markets in the UK, Europe and even the U.S. initially fell sharply.  However, as it develops, the proposed Exit will have fewer financial ramifications, and global markets have recovered.  It is notable, he pointed out, that the FTSE 100 index of large UK companies most exposed to trade, after falling sharply, has more than recovered.  Clearly, financial markets concluded that the consequences of Brexit were overblown and over hyped by opponents.  While many uncertainties remain, the prospects for the UK economy are “as bright as before the vote”.  He concluded that Britain’s economic future might even be improved by Brexit!   Because of trade linkages between the Continent and Britain, most EU governments will continue to maintain close economic ties with Britain.  O’Driscoll concluded that he also saw “no lasting impact on the U.S. economy from Brexit either”.

O’Driscoll and Vargas both noted that there are security concerns engendered by the Exit decision.  Of course, Britain’s membership in NATO is a separate issue and not directly affected by the vote, but legitimate questions have been raised about Britain’s commitment to European defense.  They noted that the UK government has assured its allies that it remains committed to common defense, and O’Driscoll pointed out, if European governments offer trade and investment terms to the UK, defense ties will certainly not be affected negatively.  Interestingly, both speakers felt that the events in Turkey were more of a concern to NATO than Brexit!

Both Vargas and O’Driscoll noted that certain elements on the continent will be wanting to punish the UK for its decision to leave the EU.  At the same time, countries such as Poland want Britain to maintain close security ties because of threats from Russia.  The Polish concerns are also reflected by a number of other countries, particularly in the Baltic region and East Europe.  Both speakers felt that while the Brexit negotiations will go on and those discussions will be filled with tension, in the end trade and security mutual dependence will outweigh disputes over the terms of the Exit.  In fact, security ties, including strengthening European military forces, will probably grow.

Both Vargas and O’Driscoll felt that other issues would impact EU cohesion more than the Exit decision.  For example, Italy now faces a serious banking crisis, with 20% of loans made by Italian banks underperforming (the U.S. rate was only 3.8% at the height of our banking troubles!).

The most singular important European issue right now is Turkey following the failed coup.  There are concerns that Erdogan will take the country in a more Islamic direction, moving the country even further away from its secular orientation.  This is critical because Turkey has the second largest army in NATO, behind only the United States.  Both speakers expressed concern about Russia’s overtures to Turkey and Erdogan, as well as the turn toward authoritarianism.  Both also agreed that Turkey’s long standing aspiration to become a member of the EU is now nearly impossible.

O’Driscoll and Vargas said that the Brexit decision as well as increased challenges from Russia point to turbulent times.  For example, Norway has been a stalwart member of NATO, but does not wish to have anything more than a “special relationship” with the European Union.  In addition, Iceland’s position will become more interesting in the near future, especially as China has moved in significantly to establish better relationships.  Both speakers said there are legitimate concerns, therefore, about a “domino effect” whereby other countries might wish to leave the EU.  That includes, most importantly, France, but also Austria, Finland, Hungary, and the Netherlands.  Each of these countries has a common element– a sizeable “populist anti-Brussels feeling”.

Of course, at the present time, the issue that is most divisive is that of immigration, as refugees from Syria and other parts of the Middle East flow into the continent and are seen to be taking advantage of the EU’s allowance of “free movement of peoples and goods”.  Both speakers felt that the fear of the extent of this immigration is exaggerated and the negative impact on the UK economy also hyped, but immigration has become a target of blame for stagnating incomes and the economy.

The second question: will the Brexit leave the UK better or worse off?  Again, Ralf foresaw increased turbulence and some economic slowdown, while Jerry felt the Exit decision will not have a significant negative impact.

In sum, a great exchange and discussion.  Below, please find key charts that Colonel Ralf Vargas used in his presentation. Thanks also to UCSB student Kevin Beyer for his assistance on this summary! 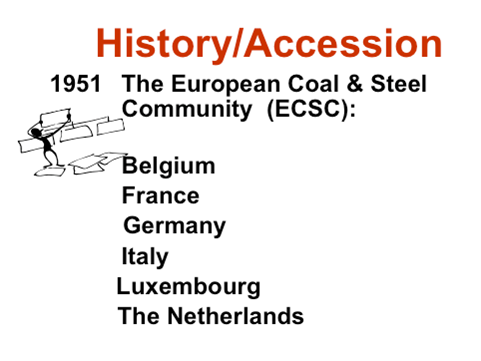 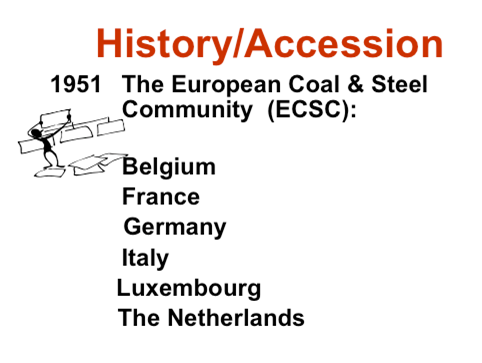 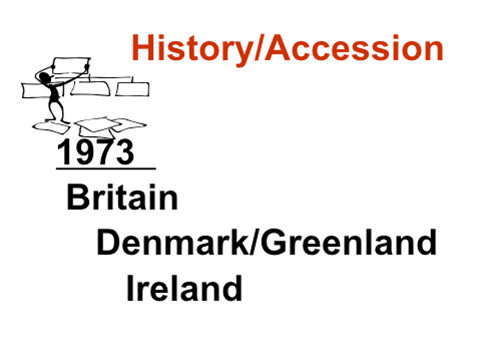 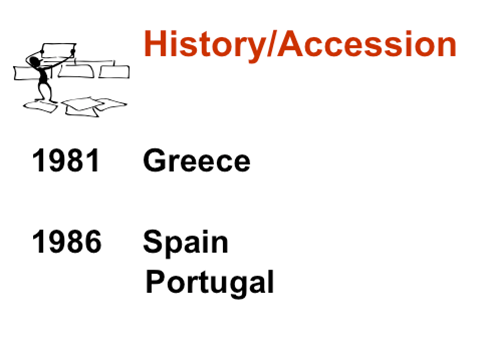 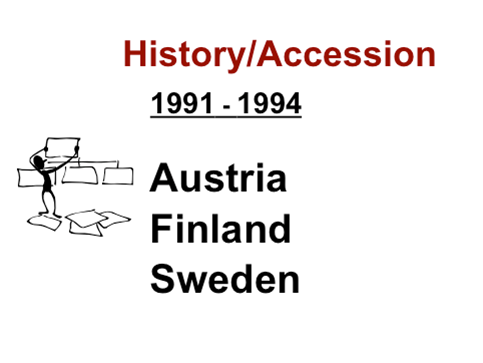 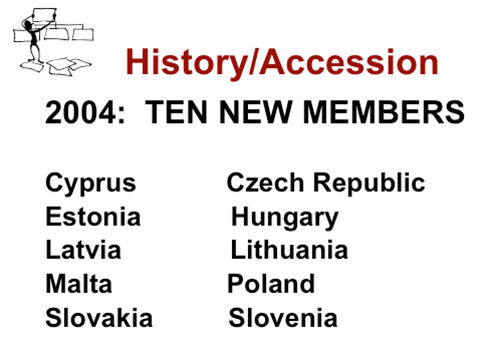 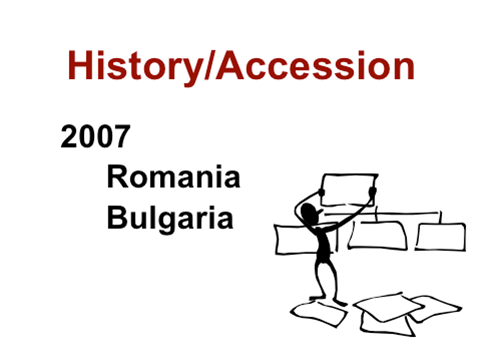 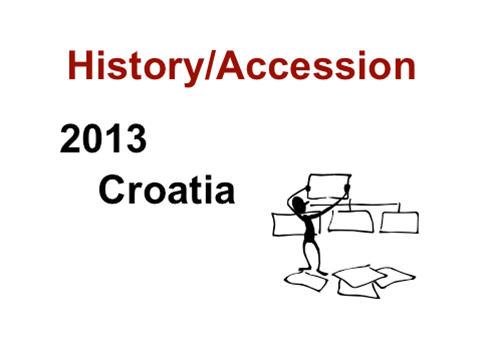 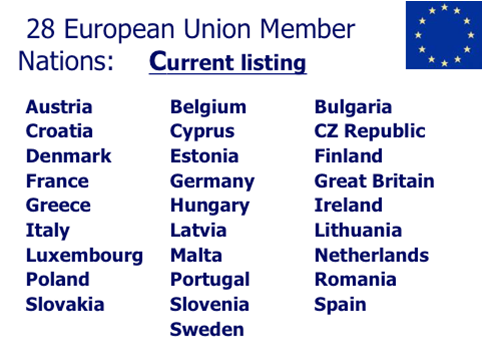 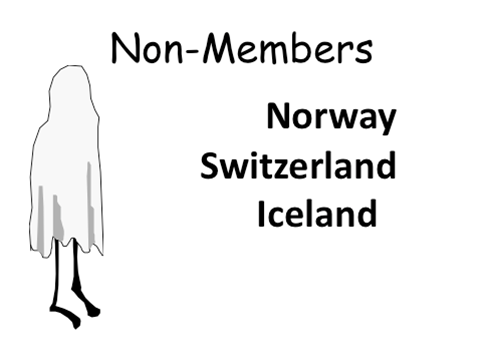 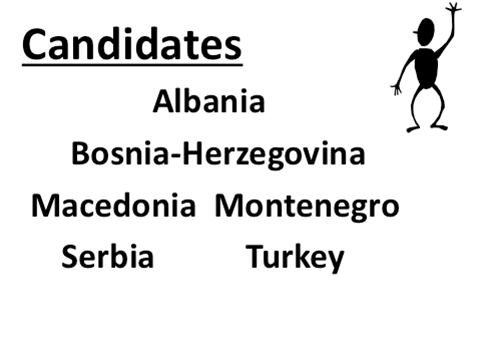 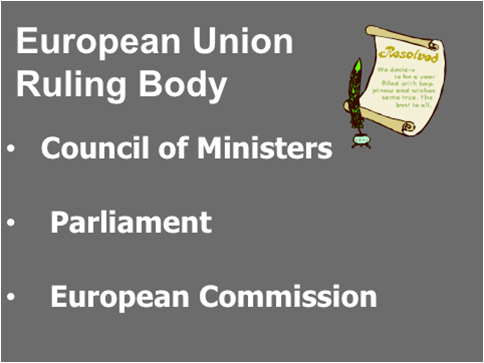 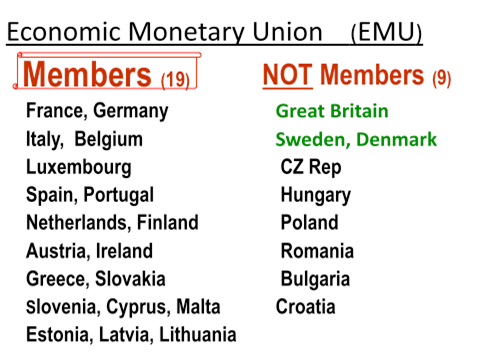 History of the NSF